Last Thursday, I was lucky enough to be part of a conversation on Natalie Mendoza’s twitter feed about teaching students about bias and perspective. Here was Natalie’s articulation of the teaching challenge ahead of her: 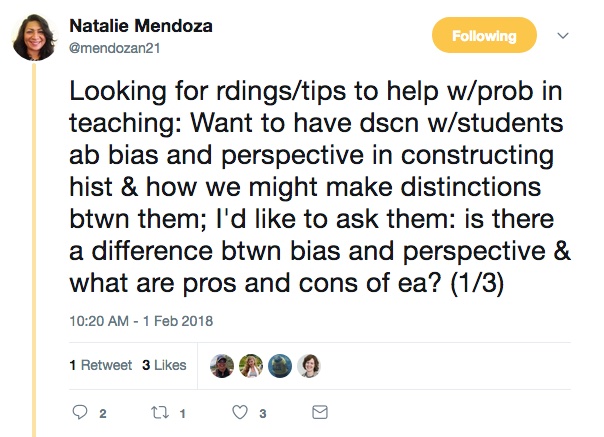 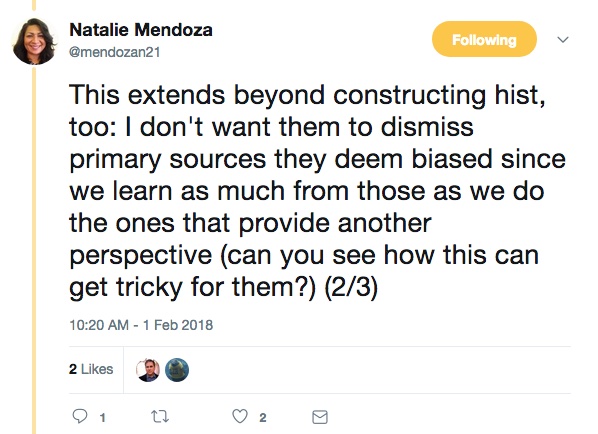 One of the many suggestions Natalie received was from Laura Westhoff: 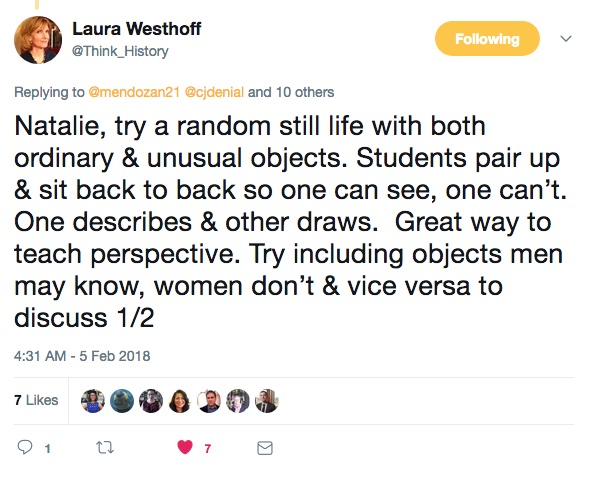 I saw this tweet right before a class session in which my own students were thinking about bias and perspective. Their homework assignment was: 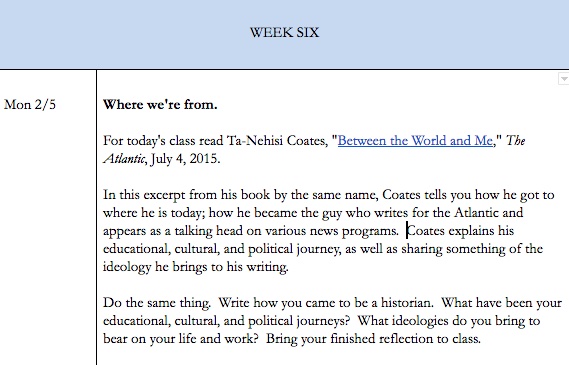 (I’ve written about the kind of reflections my students have made in response to this assignment at Syllabus: “The Subjective Self: Teaching Student Historians to ask ‘Who Am I’?” (2016).)

It struck me that Laura’s exercise would be a great addition to the work the students were already doing. And so, after a thorough discussion of what they appreciated about Coates’ perspective, and what they learned about their own through their reflections, I took twenty minutes to do Laura’s exercise.

I went in my office (handily, right across from the classroom) and collected a range of random objects in a box (crucial, so that the students couldn’t see what they were ahead of time). Back in the classroom, I had everyone get into pairs and arrange themselves with one person looking toward the front of the room and their partner sitting with their back to me. Everyone with their back to me got a plain sheet of paper and a pencil.

I arranged the random objects from my office on the front desk in no particular order. There was a t-shirt, a pillow that said “Let’s Party Like It’s 1776”; a sparkly, decorative pear; a fidget toy; a tub of play-doh; and a children’s book called A is for Activist. There were also other items on the desk that I didn’t think to move – my water cup; a whiteboard marker; the remote for the projector; and my copy of Historians in Trouble.

I asked the students facing me to describe to their partner what they saw on the desk. The students with the paper and pencil had to draw what was on the desk based only on what their partner told them. I made another rule mid-exercise: no gestures, only words!

After everyone was done (about ten minutes in) I had the partners who drew the picture turn to look at the desk, and then bring their drawing to the front of the room. We had a little gallery walk – everyone looked at everyone else’s picture – and then talked about the differences between them. 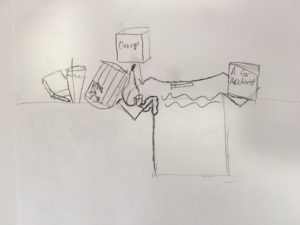 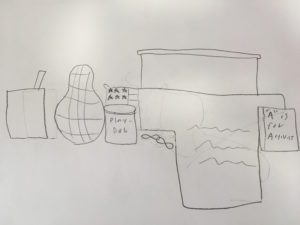 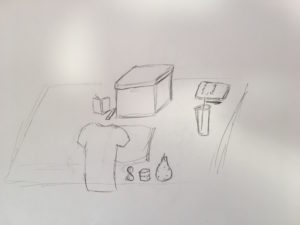 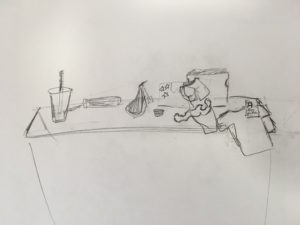 Someone noticed that one group had completely flipped the order of the objects on the table (a consequence of ‘right’ and ‘left’ meaning something different to the person describing things and the person drawing things.) People drew with different levels of artistic ability; people sometimes provided a bird’s-eye view, and sometimes drew items in perspective. People made some objects bigger than other people had, and drew different spatial relationships between objects. That said, all of the pictures were clearly related to one another – it was easy to see they’d been looking at the same things.

Which is when it hit me.

The people who were describing the objects were, I told my students, a primary source. They existed in the world with a unique perspective on what was going on within it, and described what they knew. The people who were drawing were historians, I suggested. They listened attentively, analyzing every word of their primary source, but got a picture that was slightly distorted when we were lucky enough to compare it to reality.

There were a lot of people saying ‘whoa’ at that point (including me).

So why were the drawings different, I asked. Was it that the primary sources were biased? And we entered into a spirited discussion about perspective and bias and which word best described the conditional nature of what the person describing the objects was able to see. We linked our discussion back to Coates and their own reflections on being a historian, talking about where ideology fitted into the picture, or political persuasion, or cultural background, or educational level.

It was a messy discussion and I was thrilled about that. I don’t think anything I’ve done in my classroom has ever demonstrated the pitfalls and promise of using primary sources in quite the way this drawing exercise did, and the resulting conversation was smart and wide-ranging.

So thank you, Natalie and Laura, for the raw materials for a great new classroom experience! I appreciate it so much.

2 thoughts on “Bias and Perspective”