If you’re a historian, chances are analyzing a primary source is a reflexive skill – one you’ve deployed countless times in your graduate and professional career.  This is a blessing when it comes to research, but for many of us it’s a stumbling block when it comes to teaching students how to do the same.  Our best attempts to articulate our process often end up overwhelming students with detail.  How does one sum up the myriad of questions we might ask of a will, or of a shipping manifest, or of a newspaper column, or of a pre-modern woodcut?

I’m here to suggest that you SOCC it. 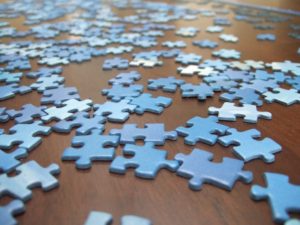 Let’s start with the basics.  Research by Stanford cognitive psychologist Sam Wineberg suggests that professional historians do three things when analyzing primary sources.  First, they source, taking inventory of an image or document’s attributes – such as author, date, and place of creation – to decide how the evidence should be interpreted.  Second, they contexualize that source, placing the evidence within a framework of pre-existing knowledge about time, place, and theme.  Lastly, they corroborate what they think they know by placing the evidence in conversation with other sources, and identifying areas for further research.[1]  There’s your SCC.

But what about the O?

The ‘O’ comes from Elise Fillpot.  Fillpot introduced me to Wineberg’s research when I was lead historian for Bringing History Home, a Teaching American History grant-funded project she directed from 2001-2011.  The program initially focused on teaching K-5 teachers in Iowa how to use primary sources extensively in their classrooms, and to facilitate this, Filllpot turned to Wineberg’s research in order to make the process of analysis as transparent as she could. Wineberg supplied the SCC, and Fillpot provided the O –  for observe, a step that came before contextualization in which teachers and students could thoroughly summarize what they saw, read, or heard.  Adding ‘observe’ asked people to pause for a moment before trying to make meaning out of the evidence in front of them, which then enriched their ability to place a source in context.

We deployed SOCC in our 3rd, 4th, and 5th grade classrooms during Bringing History Home, and I soon took it to my students at Knox College. [2]   For novices it was a structured way to approach analysis.  For experienced seniors it was the scaffolding from which they could build complex research papers.


There was also a really unlooked-for bonus: SOCC not only provided me with a streamlined way to teach analysis, but it allowed me to try a new way of assessing student learning.  After a few class periods spent using the model, I would give a quiz where I distributed a primary source image the students had not seen before and asked them to process it according to SOCC.  This allowed me to assess two things.  First, there was the question of whether students had internalized SOCC and could analyze a primary source.  Second, their answer to the ‘Contexualize’ prompt told me whether they had read their course text and paid attention to class discussion, as both were vital in providing context to the image or piece of writing in front of them.  In both areas I saw remarkable growth.

But perhaps the best part of SOCC was that the last step in the process – corroborate – was a fluid tool that adapted with the growing knowledge base of the class.  At the beginning of term in my 100-level courses, for example, students always had more questions than answers when analyzing a source.  I explained that this was always the case when a historian began a new project.  By midterm, however, the students had begun to answer their own questions by referencing other primary and secondary sources from the class, learning, along the way, the iterative process by which historians build solid arguments.  I pointed out that they were engaged in exactly the work in which professional historians engaged – that this was how their course text had been put together, for example.  This helped students see the connection between their own papers and other, more complex, secondary sources.

For some people, SOCC will seem too rigid, and that’s okay – not all tools work for all of us.  But what SOCC did for me was help me to remember that analytical skills are not intuitive to the vast majority of my students (something that is especially true considering the pressure of standardized tests in K-12).  SOCC enabled students to learn that primary source analysis is a learnable craft and demystified what historians do.  Finally, SOCC provided a series of transferable skills – skills for which many of our colleges and universities are hungry, but about which we can also feel some real satisfaction.  By developing our students’ critical thinking skills we are not only deciphering the practice of history for them, but equipping them to be the kind of thoughtful citizens with whom it is a delight to share civic space.

So why not try SOCCing it?  And let me know how it goes!